Traditional video games motivate and reward the player with entries in highscore lists or animated sequences that conclude the story. »getAway« substitutes these old-fashioned ways of gratification with a printed image in whose creation the player is directly involved in. While playing, the movements of both the enemies and the player are traced and subsequently transformed into an image.

The player can actively influence the creation of the image. The game world becomes the canvas and the joystick becomes the brush.

The game exists as a slot machine whose integrated printer gives out the created images by the push of a button &mdash. Since recently, »getAway« also exists as a browser game, in which players can opt to download their self-generated images or save them to an online gallery. 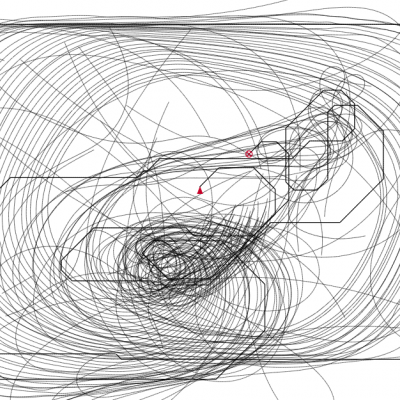 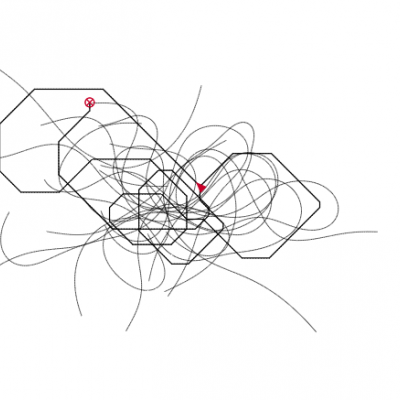 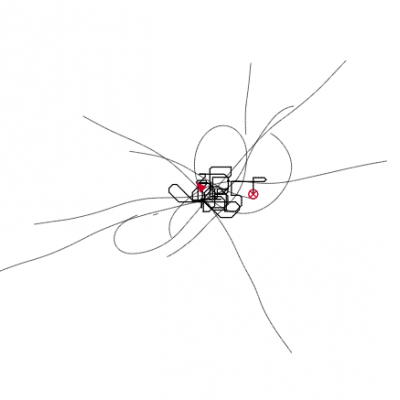 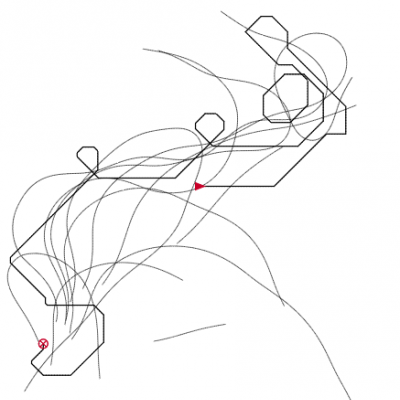 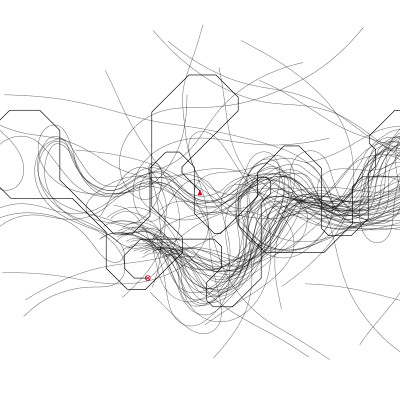 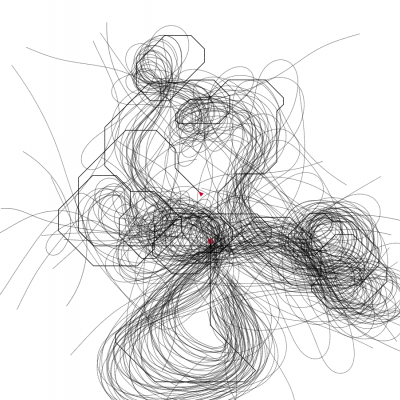 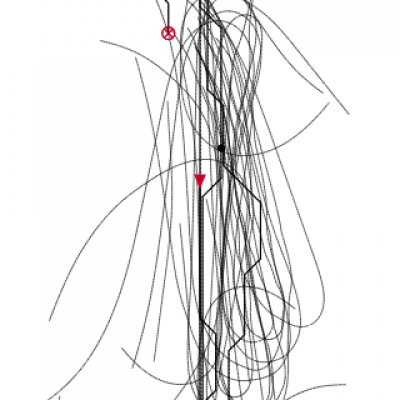 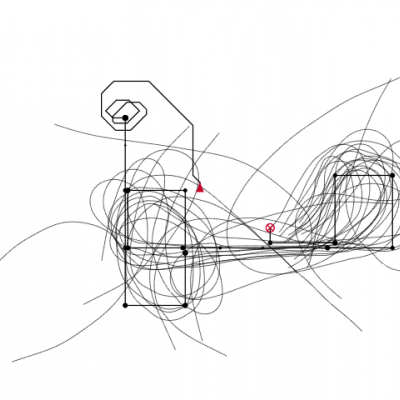 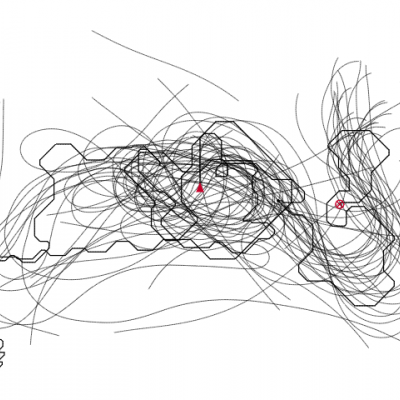 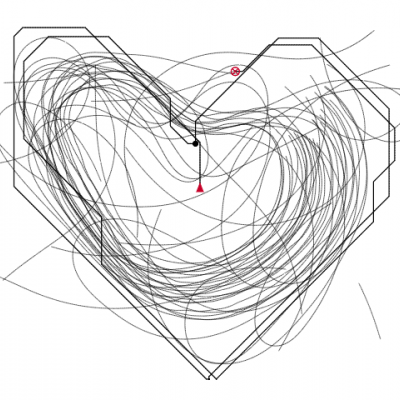 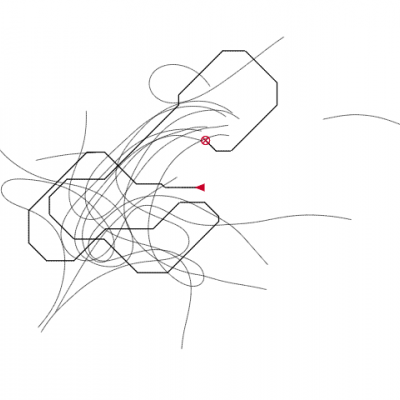 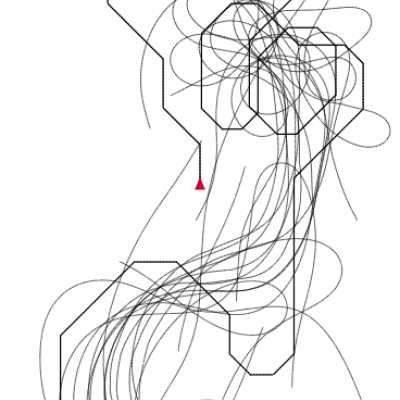 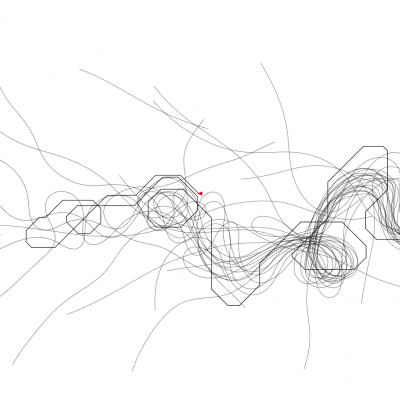 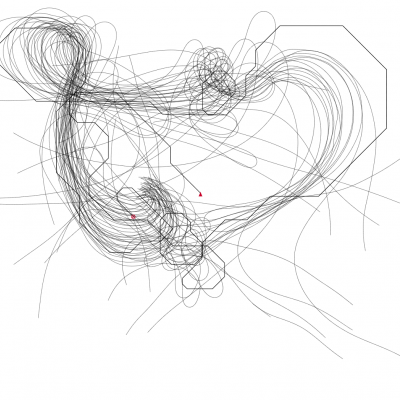 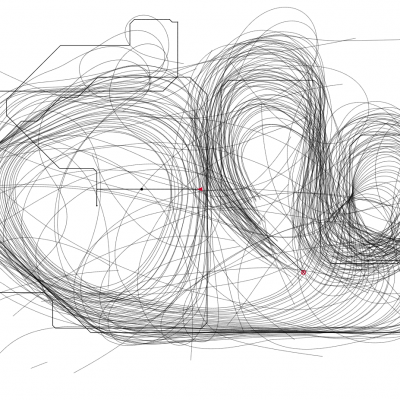 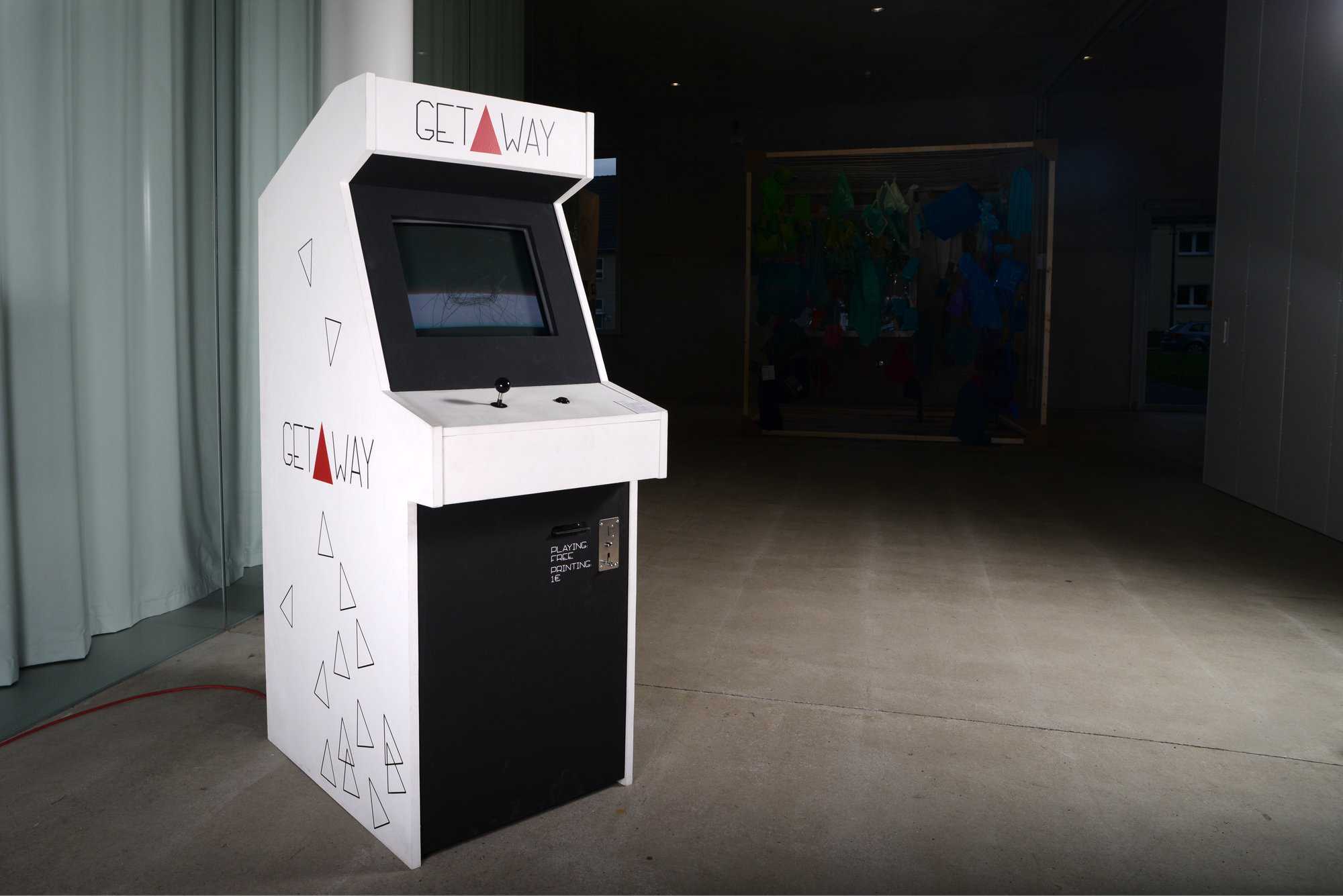